The True Power Of Iran's Submarines Isn't Depth or Fire Power. It's Mines. 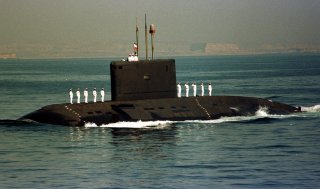 Here's What You Need to Remember: Much has been written about Iran’s anti-ship capabilities, particularly Iran’s anti-ship missal arsenal, but mines have not received nearly as much attention, though mines are a much more affordably area denial/power projection tool at Iran’s disposal.