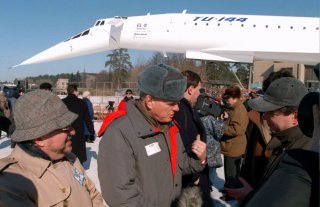 Here's What You Need To Remember: The Tu-144 reportedly flew a paltry 102 flights, only 55 of which actually carried any passengers. Compared to its arch-rival Concorde, the Tu-144 was a fiasco, draining precious time and rubles from other projects.