Unthinkable: Could an Iranian Missile Sink a U.S. Aircraft Carrier? 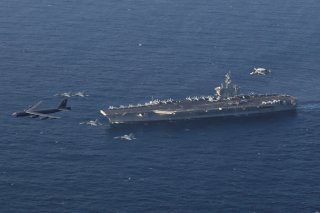 Key Point: Tehran is more than willing to use its ballistic missiles, both those on home soil and deployed to Syria.