Is the U.S. Air Force Facing a Shortage of Bombers? 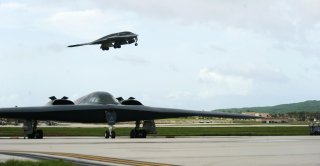 Here's What You Need to Remember: Bomber Task Forces, are being stepped up around the world as increasingly vital to deterrence operations in the current threat environment.