The U.S. Air Force Is Worried That It Doesn't Have Enough Bombers 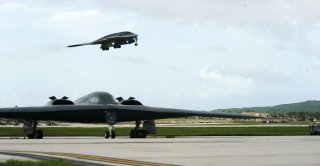 Here's What You Need to Remember: The B-21 is arriving, as a new generation of stealth bomber, for specific high-value missions unique to its unprecedented capabilities, yet there may be another sphere of missions for which new bomber platforms might be needed.