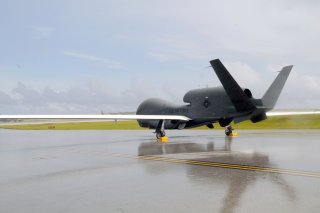 Here's What You Need to Remember: The decision to use the Avenger drone is significant given that Skyborg introduces new levels of autonomy into an advanced, jet-powered drone capable of producing five thousand pounds of thrust. This means the Avenger can operate with a runway length under five thousand feet, according to General Atomics data.

It was the second flight for a program the Air Force calls Skyborg Autonomy Core System program, a suite of integrated sensing, computing and payload technologies engineered for greater operational autonomy and manned-unmanned systems.

The tactical advantages are numerous, as a greater ability for drones to perform a wider range of functions without needing human intervention could enable extended ranges, greater mission scopes, in-flight adjustments and perhaps an ability for a single pilot to supervise a small fleet of drones. Humans will continue to play a command and control role while many procedural functions such as target data processing, route adjustments, networking and information analysis will be done by artificial intelligence-enabled computers, freeing up the human pilot to use those faculties unique to human cognition such as intuition, reasoning and ability to weight numerous more subjective variables in relation to one another.

The decision to use the Avenger drone is significant given that Skyborg introduces new levels of autonomy into an advanced, jet-powered drone capable of producing five thousand pounds of thrust. This means the Avenger can operate with a runway length under five thousand feet, according to General Atomics data. Also, the Avenger is fast. It is able to reach speeds of four hundred knots and can reach altitudes above fifty thousand feet. Like other drones, an unmanned system like the Avenger brings levels of endurance that human pilots cannot sustain. It can operate for more than twenty hours on a single mission. Also, it has an expanded weapons capacity. Although decisions about lethal attacks will be made by humans, a well-armed Avenger can independently find targets and bring weapons into position for optimal strike positions.

“Its significant wing hardpoint payload mounting capacity enables it to carry multiple sensors, while its internal weapons bay can house 3,000 pounds of precision munitions or larger sensor payloads,” according to a General Atomics press statement.

Greater levels of autonomy can also bring yet another unprecedented attribute: speed. In many cases, especially those infused with artificial-intelligence-capable systems, perform millions of procedural functions in seconds while also conducting near “real-time” analytics sufficient to organize data and identify crucial items of interest. The artificial-intelligence-capable computing can instantly assess a host of otherwise disparate or disconnected variables to coordinate an integrated battlefield picture for human decisionmakers, such as which methods of attack have proven the most effective. For example, moving target specifics can be compared against previously compiled details to discern an optimal method of attack, something which could even recommend a weapon of choice for an Avenger pilot, who would make the ultimate decision about a strike.