Like The U.S. Army, The M16 Rifle Found Big Trouble In Vietnam 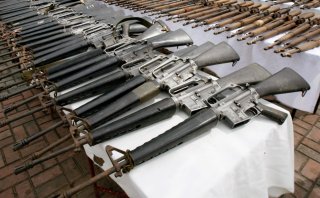 Here's What You Need To Remember: The maintenance problem grew increasingly urgent. Units in the field were reporting failure rates of up to 30 percent, automatically reducing the number of infantrymen with working rifles to nearly combat ineffective levels. The malfunctioning rifles were repeatedly blamed for contributing the deaths of soldiers in firefights, and some soldiers and Marines even elected to carry AK-47s instead.