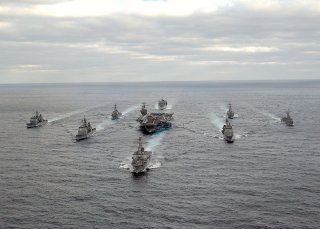 Here's What to Remember: The Navy is trying to sidestep this problem by arming some of the ships with a faster, farther-flying munition. If it can shoot from farther off-shore with a more powerful shell, a warship might need to devote fewer rounds to a target -- and could stand-off at a greater distance, placing it closer to its resupply point.