Is the U.S. Navy Going Solar? 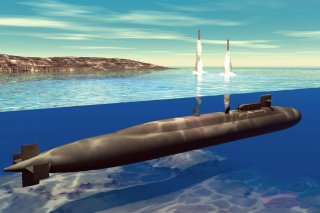 Here's What You Need to Remember: If a workable design is created, this solar energy gatherer could harvest enormous amounts of energy, at much greater efficiency than Earth-side solar arrays.

In a recent press release, the Department of Defense explained the United States Space Force will be using the X-37B reusable space plane in the future for conducting experiments in space. The report detailed a rather bland experiment involving the effects of radiation from space on seeds—not exactly an attention-grabber.

Essentially the X-37B will carry an array of solar panels that can be deployed once the space plane is in orbit around the Earth. Once stretched out, these panels could gather solar energy from the Sun and send it back down to Earth.

There are a couple of obstacles to overcome though. Dr. Paul Jaffe, an aerospace engineer with the U.S. Naval Research Laboratory explained that one of the non-material difficulties is simple physics—it is expensive to launch things into space. And the heavier an object is, the more propellant it needs to get airborne, and the bigger the price tag gets. In order to keep weight to a minimum, internal components would need to be made as small and light as possible, itself not an easy engineering feat.