The U.S. Navy Should Worry About a Russian 'Limited' Nuclear Strike 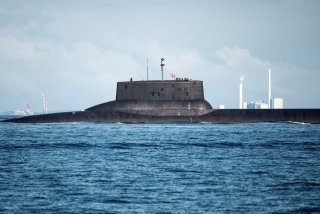 Here's What You Need to Remember: Instead of lowering the threshold and making some kind of nuclear warfare exchange more possible, many prominent U.S. military leaders are clear that the Pentagon’s ongoing efforts to engineer and deploy low-yield tactical nuclear weapons can actually strengthen deterrence by ensuring an immediate response to any kind of Russian nuclear weapons use.

However, given that Russia and the U.S operate lower-yield tactical weapons, some have raised the question as to whether these kinds of weapons could “lower the threshold” to nuclear war and leave potential adversaries to think some kind of nuclear weapons might be a realistic option? This is why many advocates for a strong deterrence posture are clear to suggest that a clear message be sent that any use of nuclear weapons, on any scale, will ensure a significant and highly lethal counterattack.