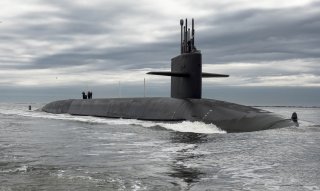 Alarmism over the administration’s mere discussion of nuclear testing distracts from any reasoned conversation of a legitimate issue worthy of debate: the state of nuclear test readiness. Conducting a nuclear test is no easy, routine task, and if the SASC amendment is approved, then the $10 million would not be spent on conducting one. Rather, it would be used to maintain the capabilities and infrastructure necessary to conduct a nuclear test, should the need arise.

The United States has been under a self-imposed nuclear testing moratorium since 1992. Instead of testing, the Department of Energy has relied on a program called “Stockpile Stewardship” to certify U.S. nuclear weapons will work as intended. The program uses a combination of scientific experiments and computer simulations. Experts have testified this program allows the federal government to have a great deal of confidence our nuclear stockpile remains safe, secure, and reliable—without resorting to nuclear testing.

While the Stockpile Stewardship Program has sufficed for the last twenty-four years to certify the nuclear stockpile, it does not eliminate any future need to conduct a nuclear test. When President Bill Clinton signed a 1993 directive establishing the program, he also mandated that the U.S. maintain the ability to conduct an explosive nuclear test within twenty-four to thirty-six months of a presidential decision to do so. Even as he pursued a Comprehensive Test Ban Treaty, Clinton recognized the need to maintain a testing capability in order to ensure the ability to keep our nuclear deterrent safe and reliable.

That need remains just as strong today. One reason to conduct a nuclear test is technical. Should a flaw be discovered in one or more types of our nuclear weapons, testing might be the only means to verify we have corrected the problem.

For example, there is disagreement over how aging affects the plutonium used in the cores of nuclear warheads. Most of our current warheads were manufactured during the height of the Cold War. If scientists discover that the decades-old plutonium is beginning to affect the safety or reliability of nuclear warheads, then they might need to test to determine if the bulk of the stockpile can still function. Computer simulations, while very useful, are only as good as their inputs.

Another possible reason for a test is geopolitical, i.e. driven by actions of U.S. adversaries that might affect our national security. For example, were an adversary to develop a defense against nuclear weapons that calls into question the effectiveness of U.S. nuclear warheads, then the United States might need to test its warheads in that simulated contested environment.

Should the United States find itself in one of these situations, then having some level of readiness to test will mitigate the risk to the credibility of the U.S. nuclear deterrent. Successful deterrence depends on our adversaries believing that our nuclear weapons will work as intended.

So long as there continues to be no reasonable path to nuclear disarmament, the United States must maintain a strong nuclear deterrent. Looking forward potentially hundreds of years into the future, it defies logic to assume that the United States will never again need to test a nuclear weapon, especially as the nuclear arsenal continues to age.

But today, our test readiness is weak. Prior to 1992, the United States tested nuclear warheads in underground holes at the Nevada Nuclear Test Site. Unused for almost thirty years now, nearly all of the capabilities needed to conduct a test have eroded. To resume testing, the United States would likely need to start from scratch—from acquiring geological tools that no longer exist to regaining the intellectual know-how to test a nuclear explosive. It’s unclear whether Nevada would even still work as a test site.

In its latest annual report to Congress, the Energy Department noted the potential difficulty of meeting the twenty-four- to thirty-six-month test readiness requirement. Fully complying with domestic regulations, agreements, and laws would “significantly extend the time required for execution of a nuclear test,” the report noted.

With this information, the SASC’s initiative to authorize a small amount of funding for test readiness only makes sense. While there is no annual appropriation for nuclear test readiness, the Energy Department currently exercises some capabilities at the national security laboratories to practice test readiness, such as conducting scientific experiments that do not result in nuclear explosions. A designated $10 million for test readiness within existing budgets would help bolster these and similar capabilities.

The SASC amendment does not herald an imminent return to nuclear testing, and should not warrant such reactionary testing prohibitions in any final policy or spending bill. Rather, Congress should follow the example set by the SASC and continue to debate the merits of this issue that affects the credibility of the U.S. strategic deterrent, our main defense against Russia’s and China’s growing nuclear arsenals.