The USS Midway - An Aircraft Carrier for a New Age 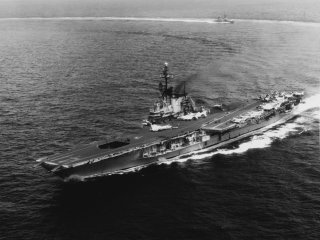 Here's What You Need to Remember: The Midway arrived too late for the Second World War, but led America's navy for the next five decades - launching fighter jets in Vietnam and serving in the 1991 Gulf War.