Video Alert: Why the F-22 Jet Shines (Check Out the Air Show) 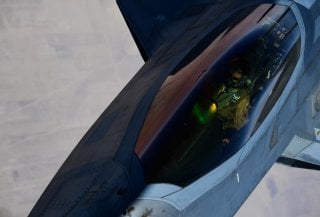 Here’s What You Need to Remember: The F-22 Raptor demonstration team once marked Veteran’s Day with a breathtaking promotional video.

The F-22 jet demonstration team’s performance is yet another affirmation that the F-22 jet truly shines in an air show format, boasting thrust vectoring capabilities and a slew of other agility-informed design decisions that facilitate the impressive aerobatics we’ve seen from F-22 demo pilots over the years. The F-22 demo team is no stranger to viral outreach campaigns, having published a popular video offering a view inside the F-22 cockpit in the summer of 2019.