Wargames Prove It: The F-35 Can Take on 20 Enemies and Win 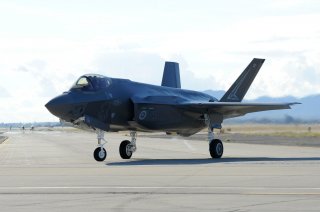 Here's What You Need to Remember:  “The F-35 also has an extremely high level of battlefield awareness and can pass that information to other F-35s anywhere in the fight without any pilot interaction,” explained 421st Fighter Squadron Lt. Col. Richard Orzechowski. “In terms of the amount of information, think fiber-optic versus dial-up internet. That’s a huge advantage.”