What if There Is No More Economic Stimulus? 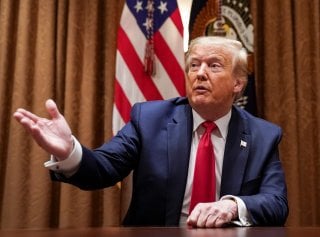 The COVID-19 recession is over and economic recovery has begun. Well, maybe. And certainly not “officially.” At some point, the National Bureau of Economic Research will have to weigh in with its declaration. Here’s the NBER’s loose definition of recession and recovery: “During a recession, a significant decline in economic activity spreads across the economy and can last from a few months to more than a year. Similarly, during an expansion, economic activity rises substantially, spreads across the economy, and usually lasts for several years.”

Now it does look like economic activity is expanding amid rapid business reopening across the country. The addition of 2.5 million net new jobs last month was a big, flashing sign of that. Yet it’s worth noting that no NBER-documented recession going back to the mid-1800s has lasted less than six months. So this downturn might set a record for both sharpest and shortest decline.

But consider this: Even after the big jobs surprise, forecasts still suggest abnormally high unemployment for some time. For instance: Goldman Sachs expects a jobless rate of 10 percent at the end of 2020 and still 7.5 percent at the end of 2021. That’s really terrible when you consider that recession peaks for unemployment are just shy of 8 percent. So at least based on unemployment, this could look and feel like one long recession. If 2007-2009 was the Great Recession, maybe this will be the Greatest Recession or Long Recession — perhaps the Great Stagnation.

And by the way, that forecast assumes Washington doesn’t call it a day on fiscal support for the economy. It really shouldn’t. As my AEI colleague Michael Strain says in my new Political Economy podcast, “It’s just imperative that … the good news that we’re going to continue to see throughout the summer does not obscure the need for continued economic recovery legislation and economic recovery programs.”

But what if it does, particularly for state and local governments, as well as small business? Here’s is a sobering “what if” analysis from economist Mark Zandi at Moody’s Analytics:

It would be disconcerting if the takeaway from the good May job numbers for the Trump administration and Congress is that the economy is off-and-running—that it will experience a so-called V-shaped recovery—and thus doesn’t need any additional fiscal support. That would be a potentially grievous error, as is demonstrated by a simulation of Moody’s Analytics model of the macroeconomy under the assumption that lawmakers call it a day and fail to provide additional help.

After a bounce in GDP and jobs in the third quarter, driven by the business re-openings, the economy slumps back into recession in the second half of the year. In part, that’s because the extraordinary uncertainty over the epidemiology of the virus will continue to weigh heavily on the fragile collective psyche until there is an effective vaccine or therapy that is widely distributed and adopted. Businesses and households will remain cautious. Moreover, the $2.4 trillion in fiscal support already provided by policymakers will be spent by then. Half of it already has been, mostly through enhanced unemployment insurance, the stimulus checks, and the Paycheck Protection Program for small businesses. But unemployment will still be near double-digits on the other side of Labor Day, and without more financial help many of the unemployed will have no option but to stop spending and paying their bills.

Under that scenario, the NBER might well dismiss the current recovery as a blip within an overall multi-quarter downturn. But Washington isn’t the only source of uncertainty. Let’s focus again on the virus itself:

Despite the strong job market rebound in May, there are more uncertainties in the United States. One reason is that the US is now a clear underperformer in virus control. To be sure, there has been a meaningful improvement in terms of deaths, hospitalizations, and—if we adjust for the sharp increase in testing—new cases. However, much of this improvement is concentrated in previous hot spots such as NYC, while most other regions are seeing stable or increasing caseloads. This raises the risk of a rise in infections as the economy opens up further, which might trigger renewed government restrictions or voluntary changes in behavior that weigh on growth.

Update: Just after I posted this, the NBER’s Business Cycle Dating Committee said it “determined that a peak in monthly economic activity occurred in the U.S. economy in February 2020. The peak marks the end of the expansion that began in June 2009 and the beginning of a recession. The expansion lasted 128 months, the longest in the history of U.S. business cycles dating back to 1854. The previous record was held by the business expansion that lasted for 120 months from March 1991 to March 2001.”