What Military Branch Was Behind the 1950s Bugspray Shortage? 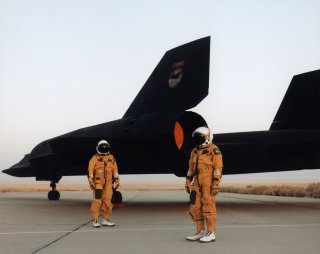 Here;s What You Need To Remember: The problem was that the formula for JP-7 relied on a set of specialized chemicals that Shell had in limited supply, including a chemical that the company traditionally used in its “Flit” insecticide.

A traditional economics concept taught in school concerns “guns and butter,” two different resources that a state can put different amounts of effort towards producing. The idea is that by producing more of one, the nation must have less of the other.

In the 1950s, the United States faced a not altogether different problem: because of its focus on manufacturing specialized jet fuel for the U.S. Air Force, the nation briefly had a severe shortage of bug spray.

When it first came off the assembly line in 1964, the SR-71 Blackbird was constructed with two revolutionary J58 turbojet engines. Each engine contained a two-stage turbine, driving a nine-stage compressor, with each pressing the passing air into a progressively smaller stream. This innovation allowed the plane to attain tremendous speeds; it set the standing airspeed record at just under 2,200 miles per hour, although anecdotal reports from pilots have indicated the plane traveled considerably faster off the books.

However, the engine’s design was simply too hot for the use of normal jet fuel. Instead, the plane used a special blend of fuel, dubbed JP-7, that had been created a decade earlier for use in the U-2 spy plane.

JP-7 is not an optimal fuel; its fumes are poisonous at ground level, and it is very difficult to use because it is hard to light. This means that the chances of an accidental ignition are far lower, making the fuel much safer to utilize in extremely high-temperature environments, such as the SR-71 engine. To save weight on the SR-71, the plane was not given its own ignition, being started instead by a ground trailer.

The JP-7 fuel further serves as a heat sink for the SR-71, helping to cool various accessories during flight. It is also used in the plane’s hydraulic system.

JP-7 was developed in 1955, well in advance of the Blackbird’s maiden flight. The Shell Oil Company was tasked with the creation of a non-flammable fuel with an extremely high flash point, and after it arrived at the formula for JP-7, it manufactured several hundred thousand gallons for the U.S. Air Force to use.

The problem was that the formula for JP-7 relied on a set of specialized chemicals that Shell had in limited supply, including a chemical that the company traditionally used in its “Flit” insecticide.

The result? For much of 1955, the United States simply had less bug spray—and mosquitoes everywhere had the U.S. Air Force to thank.