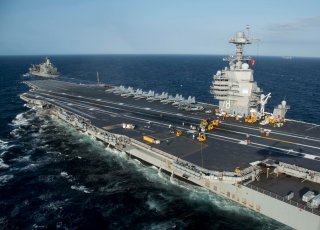 Here's What You Need to Remember: For these smaller and cheaper ships, the Russian analyst notes, of course, that they would have “significantly limited combat potential [боевой потенциал существенно ограничен],” of course. Ultimately, it is concluded that the Americans are unlikely to sacrifice combat power in order to save money due to the admirals’ objections. The Russian analysis ends with a joke, wishing the Americans good luck with developing smaller carriers.