What Is Taiwan's Plan In Case Of Chinese Invasion? 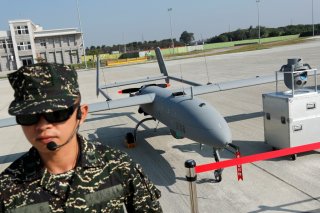 Here's What You Need to Remember: Taiwan must adopt an asymmetric defensive posture to ensure its security in the coming decades. That is, the country must focus its limited resources on deterring and, if that fails, defeating a Chinese invasion and occupation of Taiwan.

Mark Episkopos is a national security reporter for The National Interest. This article is being reprinted due to reader interest.