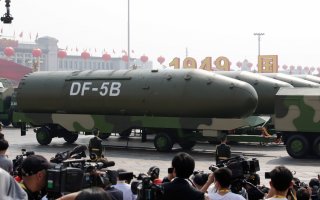 Here's What You Need to Know: China is one of several reasons why leaders have stressed the importance of maintaining and adding to the U.S. nuclear triad.