What's the End Goal of the Army's Autonomous Weapons? 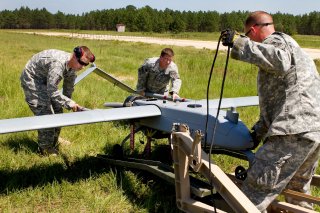 Here's What You Need to Remember: While human cognition is uniquely valuable and something which cannot be replicated by computers, advanced data processing and artificial-intelligence-enabled computing can perform procedural functions much more quickly than humans and increasingly analyze a host of otherwise disparate variables in relation to one another.