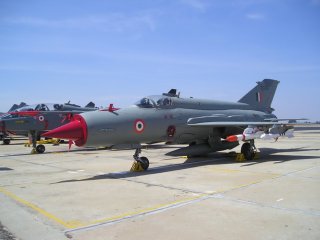 Here's What to Remember: Indeed, the aerial battle in which the MiG-21 and F-16 were shot down involved, on both sides, mixed formations of old and new fighters.

David Axe serves as Defense Editor of the National Interest. He is the author of the graphic novels  War Fix, War Is Boring and Machete Squad. (This first appeared in March 2019.)