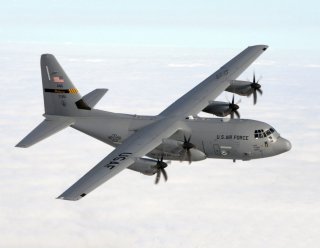 Here's What You Need to Remember: Higher altitude attack planes such as fixed-wing fighters or bombers, of course, operate with unprecedented levels of precision, yet there may be certain hidden or concave areas less visible to long-range sensors, underscoring the need for a closer-in air drop attack. Also, an ability to drop bombs from cargo planes would undoubtedly expand “dwell time” over target areas for attack, especially if airstrip runways were very far away, limiting the time fighters could spend searching for targets over key areas.