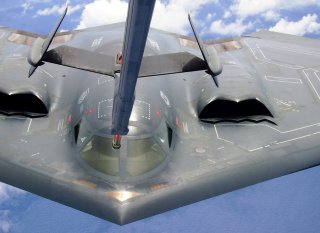 Here's What You Need to Remember: The testing and integration of the B61-12 is one piece of a massive, fleet-wide B-2 upgrade designed to sustain the bomber into coming years, until large numbers of the emerging B-21 Raider are available. A range of technical modifications are also intended to prepare the 1980s-era bomber for very sophisticated, high-end modern threats.