Why Are Cargo Planes Being Converted Into Bombers? 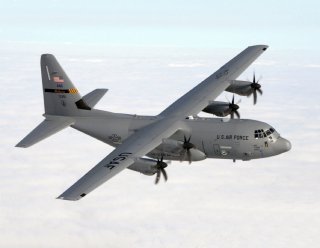 Here's What You Need To Remember: Transports such as the C-130 are some of the only propellor-driven planes still active in the Air Force; they don't go as fast, but have added versatility for special operations.

Kris Osborn is the defense editor for the National Interest. Osborn previously served at the Pentagon as a Highly Qualified Expert with the Office of the Assistant Secretary of the Army—Acquisition, Logistics & Technology. Osborn has also worked as an anchor and on-air military specialist at national TV networks. He has appeared as a guest military expert on Fox News, MSNBC, The Military Channel, and The History Channel. He also has a Masters Degree in Comparative Literature from Columbia University. This article first appeared in June 2020.