Why Does Iran Have U.S. F-4 Phantom Fighters? 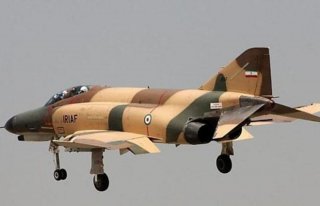 Here's What You Need to Know: According to the Defense Intelligence Agency, Iran and the Iranian Air Force maintain a “wide range of aircraft sourced from the United States, Russia, and China.