Why Italy Had No Business Joining Hitler’s Invasion Into Russia 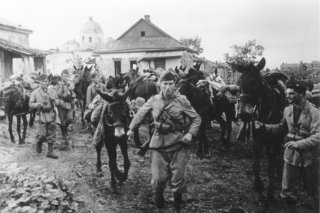 Here's What You Need To Remember: A few survivors couldn't change the fact that the Italian army in Russia was destroyed. And with the western Allies capturing North Africa, and soon to invade Sicily and Italy, Mussolini’s tottering regime was in no position to send another army eastwards.