Why Poland Decided to Buy Patriot Missiles from the United States 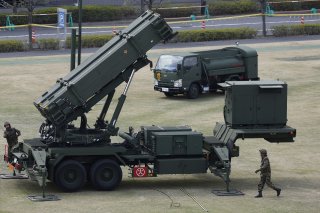 Here's What You Need to Know: After years of technical and cost assessments, the Polish government agreed to acquire the Patriot air and missile defense system as the centerpiece of its Wisla program in 2018.

Poland has become a stalwart member of NATO and a close ally of the United States. It has met the Alliance’s stated goal of spending at least two percent of GDP on defense. Moreover, Poland is spending an increasing share of its defense budget on modernization. Warsaw took a major step toward its goal of fielding a modern military with its decision to acquire the U.S. Patriot medium-range air and missile defense system. Two Patriot batteries have already been purchased with six more to be bought by 2026. As the Russian air and missile threat to Europe grows, it is absolutely vital to Poland’s national security, as well as that of the NATO Alliance, that Warsaw completes its planned acquisition of the Patriot system.

Poland, like virtually all of the post-Warsaw Pact countries of Eastern Europe, has struggled for more than two decades to reduce the reliance of its military on Soviet-era platforms and equipment. Soviet systems were generally inferior to those available from the West. This magnified problems of integrating the militaries of older and newer NATO members. Sustainment of aging systems has proven increasingly difficult and costly. In addition, retention of Soviet equipment requires continued dependence on Russian defense companies, most of which are under Western sanctions. The natural desire to modernize the Polish Armed Forces became an imperative after Russia’s seizure of Crimea and invasion of eastern Ukraine.

Poland has made significant strides in replacing its Soviet-era equipment with advanced Western military capabilities, much of it from the United States. The Polish Air Force currently operates a fleet of Block 52 F-16s that can carry advanced sensor pods and long-range air-to-surface missiles. The Polish Army is acquiring the High Mobility Artillery Rocket System, currently capable of firing both the Multiple Launch Rocket and the Army Tactical Missile and which, in the near future, could also serve as the launcher for the longer-range Precision Strike Missile. Poland also acquired modern equipment from other countries, including German-made Leopard II main battle tanks and Israeli Spike anti-tank missiles.

Just last month, Poland became the first post-Warsaw Pact country to acquire the fifth-generation F-35 Joint Strike Fighter. With this move, the Polish Air Force will be able to replace its obsolescent MIG-29s and SU-22s. More significantly, Polish F-35s will be able to collaborate and share data with fifth-generation aircraft operated by the United States and a number of NATO allies.

Poland also has welcomed the presence of U.S. forces and military facilities. The country is home to one of the two Aegis Ashore installations intended to defend Europe from long-range ballistic missiles. Recently, Washington and Warsaw signed a basing agreement that will see Poland provide billions of dollars in bases, other infrastructure and support services to sustain a significantly enhanced presence of U.S. forces in that country. In addition to the rotational presence of an armored brigade combat team, the new Polish basing system will house a division headquarters, a combat aviation brigade, intelligence and Special Forces units, a MQ-9 Reaper squadron, and a logistics support battalion. Some of these facilities will provide storage for prepositioned heavy armor and large quantities of ammunition.

One of the most important portions of the Polish military modernization effort to date was the decision to acquire the Patriot air and missile defense system. After years of technical and cost assessments, the Polish government agreed to acquire the Patriot air and missile defense system as the centerpiece of its Wisla program in 2018. Warsaw decided to split the total buy of eight Patriot batteries into two tranches. In the first phase of the Wisla program, Poland is acquiring two Patriot batteries consisting of sixteen launches, four radars and 218 of the advanced PAC-3 missiles. The Polish Patriot system will be the most advanced in the world because it will also include the Integrated Air and Missile Defense Battle Command System (IBCS). IBCS links together multiple air and missile defense systems into a single integrated network that allows the rapid collection, analysis, exploitation and dissemination of targeting information. IBCS connects sensors and shooters so the best intercept solution is available to the air and missile defender. Polish companies will produce components for launchers, transport vehicles, and communication systems.

Poland had been expected to announce the second phase of the Wisla program for the remaining six Patriot batteries and associated equipment. Yet, there have been reports that the government’s current ten-year spending plan (2017–2026), which is classified, does not include funding for Patriot. However, the Minister of National Defense has stated that the new fifteen-year Military Technical Modernization Plan (2021–2035) will include funds for the Wisla II program along with procurement of the F-35, additional F-16s, unmanned aerial vehicles and submarines.

Acquiring the full complement of eight Patriot batteries with IBCS is vital to Poland’s security. Russia is continuing to increase both the quantity and quality of long-range strike systems and strike aircraft in its Western military district opposite Poland and the Baltics. NATO needs its own anti-access “bubble” that can deny Russian air and missile threats the ability to access critical targets. A robust, modern, integrated Polish air defense will complicate Russian attack planning and help ensure the survivability of both Polish military units and installations, as well as NATO's forward-deployed forces.

In his meeting last year with Polish President Andrzej Duda, President Trump made a point of complimenting Warsaw on its decision to acquire the Patriot system. Trump may visit Poland later this year. Without question, at such an event he would welcome the Polish government’s announcement that it is prepared to go forward with the Wisla II procurement.