Why Is Russia Rebooting This Soviet-Era Battlecruiser? 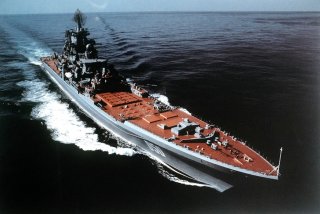 Here’s What You Need to Remember: Admiral Nakhimov's refit is entirely opportunistic on the part of the Russian Navy, in the sense that no navy has given much consideration to building a ship of her size and capabilities since the 1980s. If the hull were not readily available and in decent shape, returning the ship to service would make little strategic sense (indeed, two Kirovs in somewhat worse shape will not be returned to service).