Why Russia Wants to Sell More Weapons to Africa 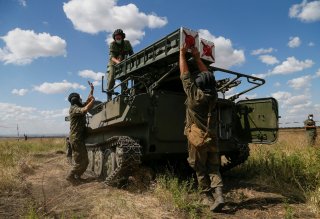 Here's What You Need to Remember: In 2020, Russia’s Kalashnikov Concern sold a number of BK-10 assault boats to a country in Sub-Saharan Africa. Russian arms manufacturers are seeking to make up for lost ground following a drop in transactions amid the coronavirus pandemic.

Mark Episkopos is a national security reporter for the National Interest. This article first appeared earlier in 2021 and is being republished due to reader interest.