Why The U.S. Air Force Will Never Build Another F-35 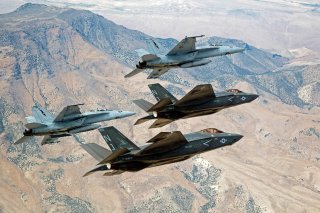 Here's What You Need To Remember: The idea of having a variety of different aircraft rather than putting all of the eggs into one fighter-shaped basket has an intuitive appeal. But before we pine for the days of Super Sabres, Delta Daggers and Starfighters, we should take a clear-eyed look at the problems and shortfalls generated during that period.

Robert Farley, a frequent contributor to TNI, is a Visiting Professor at the United States Army War College. The views expressed are those of the author and do not necessarily reflect the official policy or position of the Department of the Army, Department of Defense, or the U.S. Government. This article first appeared two years ago.