Why The U.S. Navy Still Loves The USS Enterprise 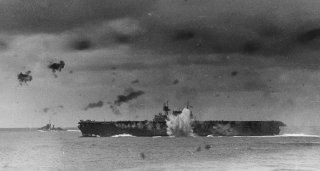 Here's What You Need To Remember: Shortly before USS Enterprise went to the breakers, a new ship bearing the name was laid down; CVN-65, the world’s first nuclear aircraft carrier. The latter USS Enterprise served for fifty years, before decommissioning in 2012. Another USS Enterprise, CVN-80, is scheduled for completion by 2025.