Will the F-15SE "Silent Eagle" Ever Become Reality? 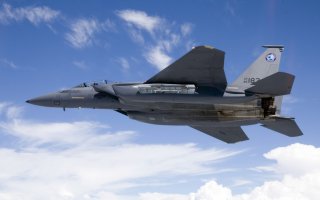 Here's What You Need to Know: Low-observable fourth-generation jets do have a tangible advantage—but far from a decisive one when compared to stealth jets.

(This article first appeared in August 2018.)