Will Social Security Last Another Generation? 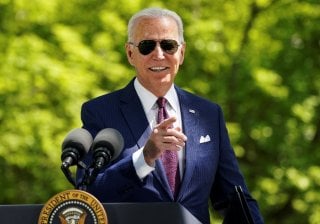 Key Point: Social Security has sometimes been referred to as a “third rail” of American politics—legislators in Washington, DC who try to “touch” it can expect to have a prompt end to their political careers. At a time when much of government is unpopular, three-fourths of Americans, and a clear majority in both parties, agree that Social Security benefits should not be reduced in any way.

However, doubts have crept in about the long-term economic viability of the Social Security system. The Social Security Administration’s 2020 trustees report indicated that, by 2034, the agency’s incoming revenues will only be able to cover seventy-six percent of the benefits that it is expected to provide.

Currently, benefits are being paid out as consistently as ever; any problems have been delayed to future generations—effectively kicking the can down the road. At some point, either benefits will need to be cut, or taxes will need to be raised. Since neither of these options is popular, nothing has been done—but it is certain that there will have to be a reckoning in the future.

For example, financial planners estimate that Baby Boomers—Americans born from 1946 until 1964—will be able to collect full benefits for the rest of their lives. Even if Congress fails to increase taxes or otherwise ensure a reliable future cash flow, benefits are slated to continue the way they are for most of them to live out their lives without incident.

For Generation X, the following generation, in the absence of Congressional action, a benefit cut of some kind is likely. A conservative estimate has been a ten percent cut in benefits, underscoring the importance of planning one’s own retirement through one’s own planning, such as contributing to a 401(k) plan.

For younger generations—millennials, Generation Z, and the newly emerging “Generation Alpha” – the consensus has been that it is too early to make any firm predictions. Members of these generations are instead encouraged to focus on improving job skills and maximizing earnings in order to have more to save.

At the end of the day, political pressure makes it unlikely that there will be a substantial cut to Social Security benefits. Just in case, however, it is better to be prepared. And if a family saves much of their income while they are young, if Social Security remains fully intact, they are preparing themselves for an exceptionally comfortable retirement.