To Win World War II, Russia Looked To Flying Tanks (Like These) 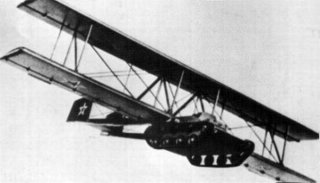 Here's What You Need To Remember: Despite the early success, the A-40 only made one flight, possibly because a more powerful mothership could not be found. Probably not so terrible considering how lightly armed and armored the A-40 was.