Worried About an IRS Audit? Here Are The Odds. 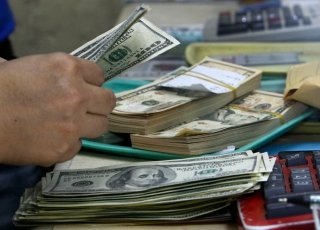 Here's What You Need to Remember: If you’re worried about an audit, then be honest and use tax prep software such as TurboTax or hire a professional tax preparer. That should help you stay clear of the audits.

One of the greatest fears for taxpayers is facing an audit. Fortunately, provided you file on top and are careful not to make mistakes, you should never actually face an audit. In fact, just one percent of Americans are audited each year, and that figure is still typically weighted towards those with higher incomes.

According to data from the Internal Revenue Service’s Fiscal Year 2009 Enforcement Results, which were published by MoneyUnder30.com, the total 2008 IRS enforcement employees was just 21,059. There were also just 326,249 field audits and 1,099,639 correspondence audits. The number of audits conducted has actually been on the decline.

One factor is that more people file electronically.

In fact, it is only those making more than $500,000 where there is a 1.1 percent chance of an audit. The number essentially doubles to 2.21 percent for those making $1 million to $5 million dollars; and then almost doubles again to 4.21 percent for those lucky enough to make $5 to $10 million. Those who made more than $10 million were audited somewhat ominously 6.66 percent of the time.

In other words, unless you’re making a considerable amount of money the chances of being audited aren't all that great. As noted, the number of audits has continued to come down. In 1963, some 5.6 percent of all Americans had their taxes audited.

In recent years the numbers have declined. Not only because more people are filing electronically, but also because there has been a decline in the IRS budget, which was cut by almost 19 percent from 2010 levels. Likewise, the IRS workforce has shrunk by 38 percent, while the IRS has to do more work. There is now a much greater emphasis on taxpayer service rather than enforcement.

This may sound like good news, but it really isn’t. According to the IRS Oversight Board, there aren’t the resources now to go after that $30 billion worth of known taxes that are incorrectly reported or not paid. That punishes every hard-working American who is paying his/her fair share.

This also doesn’t mean that it is easier to cheat. Audits may be on the decline but they still occur. The IRS conducted 892,197 audits of individual tax returns in 2018. This included those with large deductions in relation to income, and even certain types of deductions, which can be red flags for the IRS. That can include auto, travel and meal expenses. Likewise, businesses that show losses are more likely to be audited, especially when the losses are recurring.

If you’re worried about an audit, then be honest and use tax prep software such as TurboTax or hire a professional tax preparer. That should help you stay clear of the audits.

Peter Suciu is a Michigan-based writer who has contributed to more than four dozen magazines, newspapers and websites. He regularly writes about military small arms, and is the author of several books on military headgear including A Gallery of Military Headdress, which is available on Amazon.com. This article first appeared earlier this year.