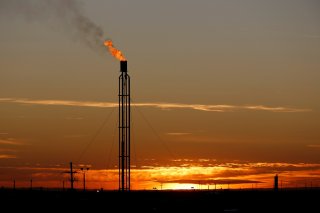 Chinese corporate employees have been conducting “surveillance” at natural gas facilities in the American South, leaked documents from the Department of Homeland Security show.

U.S. authorities have long warned about Chinese industrial espionage, including cyberattacks on the American natural gas industry. But a leaked Homeland Security field analysis report from 2019 appears to be the first confirmation that Chinese agents have attempted to breach natural gas facilities in person.

The report states that Chinese nationals have been caught trespassing at natural gas facilities. It notes that unmanned aerial vehicles have also flown over several facilities, apparently in order to photograph them, although the drones could not be linked to China.

“We assess surveillance attempts at Gulf Coast LNG [liquefied natural gas] facilities by employees of Chinese corporations likely benefit Chinese economic espionage efforts,” the intelligence report states. “However, we are unaware of any specific, credible reporting indicating a physical threat to energy and chemical sector facilities along the Gulf of Mexico.”

The report was prepared by the Department of Homeland Security, U.S. Coast Guard Intelligence, and several police “fusion centers” in southern states. It was released as part of BlueLeaks, a trove of law enforcement documents stolen by anonymous hackers.

China’s interest in the U.S. natural gas industry has been publicly known for some time. Chinese hackers had previously attacked gas pipeline companies in 2012. That year, the FBI arrested two Chinese nationals for trying to pay an energy company employee $100,000 for trade secrets.

The first incident occurred in December 2017, when nine people claiming to work for China’s state-owned PetroChina were caught trespassing and taking photos at a facility on the Texas-Louisiana border.

“For 15 minutes, the group refused to leave after private security notified them that they were on private property and could not take pictures,” an employee told police. “They stated they were buying all LNG facilities in the area.”

Five people showed up at a facility again in August 2018 to take pictures. When security questioned the group, they claimed they were there to “schedule a meeting” with someone working at the facility.

“One individual provided a business card for the China-based Tianjin Jindi Mining Group Company, and inquired if any other Chinese companies had visited the facility,” according to one security guard. “The group left after possibly complying with a request to delete their photos of the facility.”

An unnamed “U.S. person” hired a drone operator to capture footage of “energy production facilities in Louisiana and Texas,” which was “going to be sold for profit” in June 2018. The pilot told law enforcement that he stopped his flights after he realized that they were unauthorized.

But the drone flights continued. Louisiana energy industry officials told police about four different drone incidents in October and November 2018. One drone was spotted flying over the same refinery three times in a single day.

Officials did not have enough “reporting” to determine whether the unnamed “U.S. person” was linked to Chinese espionage efforts, and they do not seem to have known who was flying the drones in October and November.

But they “expect China almost certainly would pursue the use of [drone] technology, judging from Beijing’s reliance on non-traditional collectors.”