Rep. Malinowski: A ‘Kindergartener’ Could Win the Coronavirus Competition With China 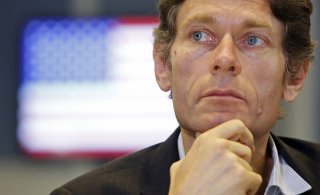 Rep. Tom Malinowski (D-N.J.) said at a Thursday night event that a “kindergartener” could win the pandemic-induced geopolitical competition with China, but the Trump administration is acting “stupidly and ineffectively.”

The coronavirus pandemic has kicked off a worldwide struggle for influence between the United States and China. The Trump administration has countered Beijing’s public relations campaign by blaming a lack of transparency in the Chinese government for the uncontrollable spread of the coronavirus, which first appeared in Wuhan, China.

Both parties seem to be backing a tougher line on China as public opinion towards the People’s Republic sours. But Democrats are distinguishing themselves by condemning the Trump administration’s strategy as clumsy.

Malinowski was speaking to the National Iranian American Council about his proposal to loosen U.S. economic sanctions on Iran—a topic that has divided the Democratic Party—when he weighed in on the emerging contest with China.

“We are entering an era of great power competition” involving “real adversaries, not little ones like Iran, but ones that can do serious damage,” said Malinowski, who previously served as Assistant Secretary of State for Democracy, Human Rights, and Labor. “I’m willing to spend money to maintain superiority over these adversaries in the interest of keeping the peace.”

“It is a real competition. In the context of the coronavirus pandemic, a kindergartener would be able to win it,” he added. “China has put itself in such a vulnerable position.”

The New Jersey Democrat referred to high-profile instances of pandemic-fuelled racism against African expatriates in the southern Chinese city of Guangzhou, which have soured Beijing’s relationship with many of its erstwhile allies in Africa.

“It would be so easy” to rally the world “against the Chinese authoritarian model” after instances like this, Malinowski claimed. But instead, he complained, the Trump administration has focused on petty slights, such as insisting that international organizations refer to the novel coronavirus as the “Wuhan virus.”

“It is painful to see that this is the first global crisis in my lifetime where America is not leading and not expected to lead,” he said.

Malinowski also brought up the Trump administration’s decision to defund the World Health Organization, which was apparently motivated by concerns over Chinese influence at the international medical body.

Secretary of State Mike Pompeo suggested that the World Health Organization had to be held accountable because it failed to achieve the “transparency and openness we need in China” during a Thursday interview with Fox News.

U.S. officials have anonymously suggested that the coronavirus emerged from a laboratory accident at the Wuhan Institute of Virology later covered up by Chinese authorities, an allegation that Sen. Tom Cotton (R-Ark.) has publicly backed.

“I’m okay with taking it to the Chinese government. I cannot bear to see how stupidly and ineffectively they’re doing it,” Malinowski said. “Defunding the World Health Organization in the middle of a pandemic—I couldn’t think of anything stupider than this.”