Why Did China and Iran Take Opposite Sides On America’s Protests? 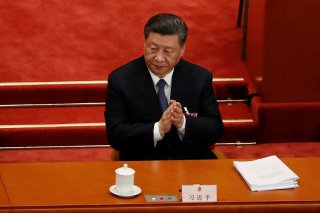 Iran has voiced support for protesters against police brutality in the United States, while Chinese state-run media has used the protests to portray the American model as weak and lawless.

Civil unrest has spread across several American cities in response to the death of George Floyd, an unarmed African-American man, at the hands of Minneapolis police. Iran and China both have a history of criticizing the United States over its treatment of ethnic minorities, but the two U.S. adversaries appeared to take opposite sides over the latest tensions.

Iran stuck to its tradition of voicing support for African-American dissenters, while China attempted to garner sympathy for its own heavy-handed crackdowns on dissent.

“We deeply regret to see the American people, who peacefully seek respect and no more violence, are suppressed indiscriminately and met with outright violence,” said Iranian foreign ministry spokesman Abbas Mousavi in an English video message released on Monday. “The world has heard your outcry.”

Mousavi’s words echoed U.S. officials’ rhetoric towards Iran over the past few months.

Iranian security forces had killed several hundred people in November during nationwide unrest in response to a hike in gas prices. U.S. officials then portrayed their “maximum pressure” campaign against the Iranian government as the hope of the long-downtrodden Iranian people.

“The Iranian people are, once again, on the streets because of the regime’s poor economic management, and instead of addressing their grievances, Tehran has responded with violence and by blaming those outside of the country,” Secretary of State Mike Pompeo said on November 26. “To the courageous people of Iran who refuse to stay silent about 40 years of abuse by the ruling regime, I say simply this: The United States hears you.”

Mousavi also called on the U.S. government to “stop violence against your people and let them breathe.”

His words seemed to be a reference to “I can’t breathe,” which Floyd had gasped as police officers pressed down on his neck. Eric Garner, an African-American man who died during an arrest by New York City police, said the same thing.

But the Global Times, a newspaper run by China’s ruling Communist Party, seemed to bash the protests as it portrayed American and Chinese dissenters alike as a lawless horde.

“The Chinese government has not shown any support for the riots in the U.S. I hope that Americans notice Beijing’s restraint,” said Global Times editor-in-chief Hu Xijin in a video message. “Burning police stations, blocking roads, smashing shops, and destroying public facilities in Minneapolis and other places are exactly the same violence in the Hong Kong demonstrations.”

Hong Kong has seen months of unrest in response to Beijing’s attempts to assert its authority over the semi-autonomous city.

Pompeo revoked Hong Kong’s special trade privileges in response to a new Chinese national security law last week, claiming that “[t]he United States stands with the people of Hong Kong as they struggle against the [Chinese Communist Party]’s increasing denial of the autonomy that they were promised.”

China also took the opportunity to slam the American system of government as too weak to handle dissent and unrest.

The Global Times needled Trump in a social media post as the President reportedly retreated to a bunker during clashes in front of the White House: “your city is burning, but you turn off the lights and hide?”

“There's a difference between us and you,” he said. “When this happens, we'll get to the bottom of it and we'll clean it up. It's not going to be covered out, and this wasn't done on behalf of the Party or on behalf of the State.”