Will America Back India Against China In the Himalayas? 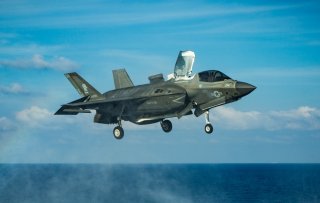 Secretary of State Mike Pompeo condemned China for trying to “bully” other countries in the Himalaya Mountains at a Tuesday press conference.

At least twenty people died in a military clash between India and China over their mountainous border last month. The two countries have backed off from any armed escalation, but the decades-long border dispute continues.

The United States has not publicly backed either side of the dispute, and the State Department told the New York Times last month that it “support[s] a peaceful resolution of the current situation.” But Pompeo has been signalling stronger and stronger support for India in a series of recent statements, including his comments on Tuesday.

“We think that the entire world needs to work together to ensure that every country, including China, behaves in the international system in ways that are appropriate and consistent with the international order,” he said at a press conference alongside British foreign minister Dominic Raab. “You can’t threaten countries and bully them in the Himalayas.”

Pompeo’s comments came as the U.S. House of Representatives passed an amendment to the military budget denouncing “Chinese aggression against India.” It remains to be seen whether the amendment will be added to the final military budget after negotiations with the Senate.

No violence has taken place on the India-China border since last month, but tensions remain high. The Indian Navy moved several MiG-29K fighter jets closer to the Chinese border on Tuesday as both sides continue to reinforce their border positions.

Pompeo also denounced China’s maritime claims in the South China Sea, where China is locked in border disputes with several other of its neighbors. The United States moved from a mostly-neutral position to condemn China’s claims earlier this month.

“We want every nation to work against that kind of activity,” he added. “We hope we can build out a coalition that understands this threat, will work collectively to convince the Chinese Communist Party it’s not in their best interest to engage in this kind of behavior.”

The Secretary of State said he talked to his British counterparts about the Chinese clampdown on the former British colony Hong Kong and Britain’s recent decision to ban the Chinese company Huawei from its 5G networks.

“They made the decision that they were going to pull 50 or so Chinese applications off the systems that were operating inside of India,” he said at a press conference last week. “They didn’t do that because the United States told them to. They did it because they could see the threat to the Indian people from the Chinese Communist Party.”