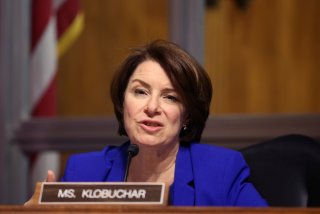 Sen. Amy Klobuchar’s (D-MN) American Innovation and Choice Online Act (S.2992) includes a ban on self-preferencing. The restriction would likely cover Apple, Amazon, Google, Meta, and perhaps TikTok, depending on the user and market capitalization thresholds. The law would prevent the biggest digital platforms from favoring their own offerings over those of third parties.

This means that Congress is out to save you, the gullible consumer, from items like Amazon’s lower-priced batteries being featured higher up in their search results than Duracell’s. It’s unclear why selling house brands online is any more problematic than doing so in brick-and-mortar retail. Grocery stores, department stores, and big box stores have been doing this for decades—and with greater profitability. Kohl’s makes 46 percent of its revenue from its house brand; Target 33 percent, Costco 20 percent, and Walmart 15 percent, while Amazon makes only one percent from its brand.

The ban may be great for third-party sellers (who didn’t invest enormous amounts of money building their own platform), but it’s bad news for consumers who enjoy finding lower prices, more options, and expedited or free shipping.

Similarly, Google would not be able to show you a Google Maps search result first, even if it was the best match for your query. Perhaps Apple thinks twice about preloading its iPhones with its own apps, for fear of running afoul of the prohibition. Upending forty years of U.S. antitrust precedent, the ban prioritizes the theoretical idea of benefits for competitors of big tech platforms over consumers’ best interests.

The self-preferencing ban is bad on the international stage as well because it could make fighting propaganda from hostile foreign countries more difficult online. The legislation’s language is sufficiently vague that it might stop social media platforms, like Facebook or YouTube, from removing content from Russian-owned English-language channel RT or the China Global Television Network America, which is also state-owned. Would removing foreign content from their platforms count as self-preferencing? Only resource-draining litigation and a slew of costly lawyers would be able to tell us for sure. But the possibility is sufficient to garner support from some Republicans who’d like to see that protection applied to unconditional hosting of Parler on Amazon Web Services or keeping conservative content up on Facebook.

The bill also mandates interoperability among services, ostensibly aimed at making it easy for computer systems or software to work better together. This introduces potentially serious security concerns. Klobuchar’s bill makes it illegal for a platform covered by these regulations to:

“materially restrict, impede, or unreasonably delay the capacity of a business user to access or interoperate with the same platform, operating system, or hardware or software features that are available to the products, services, or lines of business of the covered platform operator that compete or would compete with products or services offered by business users on the covered platform.”

In practice, the amount of content a third party would need to access for real compatibility is often significant. All of that data traffic represents potential cracks in the security ecosystem currently in place. There are trade-offs between openness and safety that will have real consequences for end users. Legislators who want to prioritize opportunities for smaller competitors over the security and privacy interests of consumers shouldn’t just ignore those risks.

When the interoperability aspect of the bill is combined with the ban on self-preferencing, it raises practical questions about who these large platforms are allowed to deny access to. A recent working paper from the Stanford Vienna Transatlantic Technology Law Forum raised the possibility that the interoperability and non-discriminatory provisions combine to make a ripe target for nefarious actors from, for example, Russia or North Korea. Would platforms be allowed to deny access to actors in regions hostile to the United States? If so, would those actors be easily detectable on the platforms? If not, what would be the law enforcement response? This legislation seems to remove the first line of defense against it.

Congress is also considering Sen. Richard Blumenthal’s Open App Markets Act (S. 2710). The bill mandates sideloading, the practice of installing software from a third party instead of via the app store of the device’s manufacturer. The real goal here is cracking open Apple’s closed ecosystem of its App Store.

Currently, iOS device owners must go through the Apple App Store to download apps; no sideloading is allowed. This stands in contrast to the Google Android system which already allows the practice. It’s reasonable to infer that Apple consumers have already chosen to forego some openness on an Android device for the superior security offered by Apple’s vetting of apps in its store. A 2020 security report from Nokia found that Android devices were responsible for 26.64 percent of all infected devices, but iPhones represented only 1.72 percent.

But if lawmakers force Apple to allow alternative app stores on iOS devices, they break that security ecosystem the company has made a competitive advantage. They eliminate the gold standard for privacy and security. As things stand now, even the smallest developers can gain access to the enormous potential distribution and prestige implied by being allowed into the Apple App Store. But the bill impedes that path to success for entrepreneurs.

The economic toll these bills will take on the U.S. tech sector puts the country at a broad global disadvantage. Chinese tech companies will not be similarly hamstrung by these restrictions and obligations. These companies are one of our nation’s most valuable assets on the global stage, not a punching bag for politicians trying to get clicks and hits on cable news.

For the good of the country and its consumers, Congress should refrain from meddling in the U.S. tech sector.

Jessica Melugin is the director of the Center for Technology and Innovation at the Competitive Enterprise Institute and a 2022 Innovators Network Foundation Antitrust and Competition Policy Fellow.