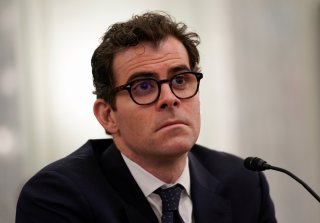 When popular websites and apps introduce redesigns, it’s common for the site’s users to express unhappiness with the changes. This has been the case since the dawn of the Internet, although most of the time the backlash is short-lived as users adjust to the new redesign.

That doesn’t appear to be the case with the recent redesign of Instagram. The new version of the app encourages the use of video, over photos, and this has instigated a revolt, led by multiple members of the Kardashian family. “Make Instagram Instagram Again,”  Kylie Jenner and Kim Kardashian said in a much-shared post on Monday, per CNBC. “Stop trying to be Tiktok. I just want to see cute photos of my friends.”

It’s not only Kardashians who are upset. “Logged onto Instagram and Holy hell is it bad. Every other post is either an ad or a video reel of someone I don’t follow,” Alejandra Caraballo tweeted. “The videos are bigger and take so much more to scroll. It’s not even worth using occasionally.”

It got to the point where  Adam Mosseri, the head of Instagram, posted a video explaining the recent changes. “There’s a lot going on on Instagram right now,” Mosseri said in the video. “We’re experimenting with a number of different changes to the app, and so we’re hearing a lot of concerns from all of you.” Mosseri said that “the full-screen version of the feed” is only a test, and admitted that “it’s not yet good, and we need to get it to a good place” for it to go out to the entire site.

He also said that while Instagram is not getting rid of photos, he sees videos as the future. “I need to be honest. I do believe that more and more of Instagram is going to become video over time. We see this even if we changed nothing,” adding that more people are sharing and liking videos over time. “We’re gonna have to lean into that shift while continuing to support photos.”

Mosseri also addressed “recommendations,” which is their name for posts that appear in feeds by accounts the user doesn’t follow. This is also a frequent complaint on Facebook and Twitter, but it’s especially been part of the backlash against Instagram of late.

“If you’re seeing things in your feed that are recommendations that you’re not interested in, that means we’re doing a bad job ranking, and we need to improve,” he admitted, before vowing they would continue to get better at that aspect of the site.

“This is a lot of change all at once,” he said, vowing to keep things people like about Instagram, while also evolving with the times.