Can the Antitrust Movement Take Down Big Tech? 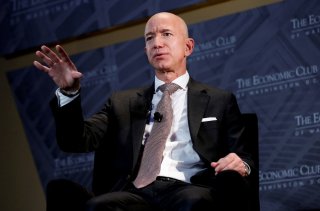 Since 2020, the U.S. government has significantly increased its antitrust crackdown on internet companies. The Trump administration launched several investigations and lawsuits against Big Tech companies for their mismanagement of user data. The Biden administration then further strengthened this effort by assigning several professionals critical of Big Tech to lead antitrust legislation and reviews. Now, the Big Tech companies, led by Facebook, Google, Amazon, and Apple, are facing a bipartisan attack from federal regulators and Congress.

The Biden administration is prohibiting unreasonable mergers in the digital market by updating antitrust laws and enhancing the work of antitrust agencies. Biden has appointed several antitrust scholars to senior government positions and signed a number of bills and executive orders to split the business lines of giant companies and control their expansion in different markets. U.S. antitrust law has gradually abandoned the Chicago School's assertion of predatory pricing and adjusted the goals of antitrust enforcement from protecting consumer welfare to promoting effective market competition and emphasizing the protection of innovation. By updating competition policy for the digital market and clarifying specific standards for data use, the government will effectively prevent Big Tech from using data and algorithmic rules to implement exclusionary and tying actions that damage market fairness. Rather than rewriting comprehensive antitrust laws, introducing multiple bills will not only make it easier to get through committee reviews but will also reduce the huge gap in traditional antitrust laws in the digital marketplace.

Moreover, the workflow of the Federal Trade Commission (FTC) has been streamlined by removing restrictive enforcement rules and giving antitrust agencies more authority to initiate litigation. At the same time, lawmakers are planning to increase the human and budgetary resources of key agencies. For example, the FTC started a working group with antitrust experts to regulate the U.S. digital market. In addition, the Biden administration has proposed larger budgets for the antitrust divisions at the Department of Justice and the FTC. If the Build Back Better framework is fully passed, the FTC will receive $500 million over the next eight years to operate a data security and privacy protection unit. Moreover, the FTC would be given the authority to impose fines when companies violate the law, strengthening its ability to crack down on Big Tech’s data abuses and privacy violations. Regardless, expanded resources and authority have greatly enhanced the efficiency of the U.S. antitrust agencies. For instance, despite the antitrust agencies receiving twice as many merger filings in 2021 compared to the previous year, the average length of time needed to complete reviews has not increased.

Through the appointment of antitrust professionals, the improvement of legislation for digital markets, and a series of investigations initiated by law enforcement agencies, the new Brandeis School, which advocates for the regulation of Big Tech companies, has gradually taken an important position in Washington.

After several rounds of investigations and lawsuits by antitrust agencies, the U.S. internet giants have had to make adjustments to their business strategies. For example, Apple now allows users to include other companies' websites in its applications, which will prevent Apple's payment system from taking a cut of sales revenue. Amazon has permanently shut down “Sold by Amazon” to avoid allegations of price fixing. In the face of multiple rounds of FTC lawsuits, Facebook may have to sell Instagram and WhatsApp. Antitrust regulation is strongly countering anticompetitive behavior by Big Tech companies and preventing the pioneers of the internet from monopolizing the digital market.

However, the diversification of competition in the digital market has made it difficult to implement antitrust regulations. More importantly, no new regulatory agencies have been established, and the capture of political power by the “Silicon Valley government” remains a significant impediment to antitrust in the digital marketplace. In the face of tightening U.S. government regulation, Silicon Valley’s Big Tech companies have been increasing their lobbying spending to beat the threat from regulators. For example, Facebook spent almost $20 million on lobbying in 2020, an 18 percent increase from the previous year and the highest amount ever spent by the company. That same year, Facebook paid seventy-two professional lobbyists, sixty-six of whom had "revolving door" experience from their time in Congress.

Even if there is a broad bipartisan consensus on digital antitrust, the independence of antitrust enforcement is difficult to guarantee due to lobbying money and close personal ties, and Big Tech may still fight to oppose antitrust legislation. The relationship between the U.S. government and Silicon Valley will be complex for quite some time to come, and an antitrust attack on digital markets will continue to be a difficult task.

Miao Wang is a Ph.D. Candidate in International Political Economy of Renmin University of China.