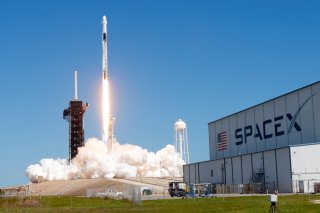 In big news for Space X, Elon Musk’s aerospace company has now moved into the second spot for NASA vendors, as first reported on Twitter by Aviation Week and Space Technology’s Irene Klotz.

In the Fiscal Year 2022, more than $2 billion was obligated to SpaceX, which placed it second behind the California Institute of Technology, with $2.68 billion, due to Cal Tech housing the NASA Jet Propulsion Laboratory. The former number two, Boeing, moved down to the third spot, with $1.7 billion obligated, while Lockheed Martin was fourth, with $1.335 billion. SpaceX becomes NASA's largest for-profit, non-academic vendor.

In FY 2021, the top six were the same, except Boeing, placed second and SpaceX third. But SpaceX received an additional $400 million in contracts in the most recent fiscal year than it did in the previous one. SpaceX, founded in 2002, eclipsed several much older traditional contractors with historical ties to NASA in only twenty years.

How did SpaceX rise so high? Ars Technica analyzed it.

“On the one hand, the ascension of SpaceX to the No. 2 spot on NASA's contractor list represents a major shakeup in the order of things. For a long time, NASA's human spaceflight and exploration programs were dominated by Boeing, Lockheed Martin, Aerojet, Northrop Grumman, and a handful of other traditional defense aerospace contractors,” the site said.

“However, it should come as no surprise that a company that has recently delivered the most services—and, arguably, value—to NASA should start to receive a large share of its contract awards. This has been most notable with SpaceX's performance on Commercial Crew, NASA's program to buy transportation services from private companies to bring its astronauts to and from the International Space Station.”

That site added that NASA gave both SpaceX and Boeing contracts in 2014 for spacecraft, with Boeing receiving more, but that it was SpaceX who got to the International Space Station first.

Teslarati had more to say.

“Saved by the infusion of resources, SpaceX successfully debuted Falcon 9 in June 2010 and began operational ISS cargo deliveries under NASA’s Commercial Resupply Services (CRS) program in October 2012. Aside from a survivable engine failure on CRS-1 (2012) and one catastrophic Falcon 9 failure on CRS-7 (2015), NASA and SpaceX’s CRS cooperation has been a thorough success. SpaceX is just a few weeks away from CRS-26, which will likely become Cargo Dragon’s 26th successful ISS cargo delivery in 10 years,” the site said.