No Time to Waste: The Pentagon Needs an Innovation Overhaul 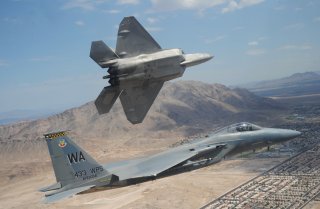 For more than a decade, the Department of Defense (DoD) has emphasized the need to field innovative commercial capabilities on the battlefield. But its efforts to do so have yet to yield many concrete results. Increasingly, officials across the DoD are attributing these failures to the so-called “valley of death,” or the gap between when a technology is developed and when it is deployed at scale. Deputy Secretary of Defense Kathleen Hicks recently called the valley of death “one of our biggest problems,” and countless industry and government leaders have called on the DoD to do a better job of shepherding companies through this transition.

Innovation cannot happen without failure. For every brilliant invention, there are dozens, hundreds, or even thousands of efforts that didn’t pan out. This notion that most ideas fail is baked into the funding strategies of the Defense Advanced Research Projects Agency (DARPA), the National Science Foundation, and other federal research organizations: support many different projects with the hope that a few will succeed. The venture capital industry runs on the same model.

The process of adapting commercial technologies for the battlefield is no different. Many of the tech companies that win contracts from the Defense Innovation Unit, AFWERX, and other Pentagon innovation offices will never produce a viable prototype. Others may develop functional solutions that, for whatever reason, the DoD does not want badly enough to make the system work. The capability might not be deployable at scale. Perhaps it’s brittle or easily hacked. Maybe it simply does not provide the expected force multiplier needed for the battlefield. Whatever the case may be, if a particular technology is unneeded or unwanted, it should not emerge from the valley of death.

But these types of decisions require clarity of thought by the DoD. They require that the department knows the end state that is worth funding and what operational problems it is actually willing to pay to solve—it requires that leaders are in charge of the process, not the other way around.

In an ideal world, the DoD would be intentional about the technologies it decides to transition. Officials would shepherd innovative capabilities into major procurement programs and leave the valley of death filled with the dried, bleached bones of mediocre ideas. But the reality is that today, the valley is also strewn with the remains of good ideas that never got rescued. Herein lies one of the department’s deepest innovation challenges. The problem is not the valley of death itself, but rather the fact that leaders don’t actually know what their priorities are—they don’t know which capabilities they should save and which should be left for dead. We talk endlessly about requirements, which are mostly weapon specifications, saying things like “how fast does my missile go?” and “we have operation plans for sequencing fantasy operations.” But we don't talk about the problem we are trying to solve, and we don’t align money to actually just solving that problem—whether that is a material or non-material solution.

This lack of clarity is not the fault of any particular office or official; the DoD’s innovation ecosystem is structured in a way that makes transitioning technologies from the world of research and engineering (R&E) to the battlefield incredibly difficult, practically accidental. Innovation offices and laboratories are scattered across disparate agencies and offices with little visibility into each other’s efforts. Furthermore, because innovation offices live within the R&E chain of command, their activities are effectively divorced from the requirements, budget, and procurement processes that drive the development of major platforms and systems.

As it stands, the military’s current approach to engaging with small vendors is more akin to “innovation tourism” than a legitimate strategy for bringing new technologies into the department. Offices establish outposts in Silicon Valley and other national innovation hubs, sample the local fare, and dole out a few small-dollar contracts without providing a meaningful path into major programs of record. This uncoordinated system ultimately leads to good ideas getting stuck in procurement limbo and bad ideas being supported longer than they should. Such an approach does not lead to long-lasting relationships with non-traditional vendors, nor does it entice fledgling startups to engage with the DoD. Every company, regardless of its viability, is left to blindly wander the valley of death with no end in sight.

For years, leaders across the department have suggested that the technology transition problem can be solved by throwing more money at it. In its 2023 budget request, the DoD asked for $100 million to create a valley of death “bridge fund.” But while more funding will allow offices to increase the number and size of their contracts, these efforts must address the organizational issues that prevent the resulting technologies from making their way onto the battlefield to be effective.

To help successful companies navigate the valley of death—and ensure their unsuccessful counterparts are quickly informed with as little time wasted as possible—the department must be more deliberate in its engagements. Leaders must clearly define the goals of various innovation activities and increase transparency across the ecosystem. Innovation offices and procurement offices must work hand-in-hand, sharing information on new vendors’ capabilities and creating safe spaces for them to collaborate with established contractors. The department must be a discerning customer, making it clear what capabilities it will buy and what it is willing to walk away from. Budgeting and requirements processes must be adapted for software-based capabilities, more disposable systems, and procurement efforts that don’t make the cut as programs of record. The process can no longer be allowed to dictate the department’s priorities—the department’s priorities must lead the process.

To be clear, this is not a quick fix or a silver bullet. But this problem has continued to grow for decades, and it is too big for a political appointee to solve in their first two years on the job or one strong general or admiral in a single rotation. It cannot be solved by creating informational websites. Restructuring the military’s innovation ecosystem and the incentives that drive it will demand experimentation. It will require leaders who are empowered to pursue new ideas and who won’t be punished if those efforts fail. It will require courage to push back on Congress and the Government Accountability Office and their obsession with predicting an unchanging future seven years out in this dynamic new threat and technology landscape. It will require the department to be a better customer and recognize the economic realities of the startups it engages. It will require officials to learn to love the valley of death. This transition will take time, but the United States cannot fight and win in this new multipolar world unless it begins today.

Melissa Flagg is a visiting fellow at the Perry World House, a fellow at the Acquisition Innovation Research Center, and an advisor to the Andrew W. Marshall Foundation. She is also a former Deputy Assistant Secretary of Defense for Research with over fifteen years in defense research and engineering. She can be found on Twitter @flaggster73