Help Wanted: Inside the Pentagon’s Hunt for Weapons Start-Ups 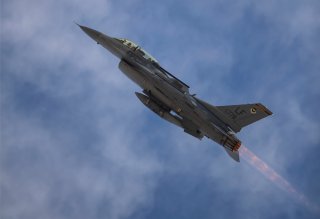 China may have operational hypersonic weapons, next-generation anti-satellite weapons, and paradigm-changing data networks designed to make Beijing the dominant global power. The Pentagon’s annual China report estimates that the country plans to be the dominant global power by 2049, if not before. China already has a larger navy than the United States, and it is moving quickly in its effort to close the gap with fifth-generation aircraft and aircraft carriers.

These well-known realities are a large part of why the Pentagon is pushing intensely to ramp up its science and technology efforts, research initiatives, and collaboration with industry innovators. This effort aims to find disruptive breakthrough technologies capable of propelling and sustaining U.S. military technological superiority.

In order to accelerate this initiative, the Pentagon is taking a number of ambitious steps, including reforming the traditional acquisition process to fast-track promising technologies into operational status, providing large research and development budgets for continued research, and massively revving up partnerships with industry and academia. Much of this includes outreach and coordination with small businesses less likely to connect with the Pentagon or be on their radar.

The National Security Innovation Network (NSIN) is specifically designed to accomplish this by setting up a series of initiatives and programs intended to support, inspire, and fast-track innovation.

“To accomplish this mission, NSIN collaborates with major universities and the venture community to develop solutions that drive national security innovation. Our work focuses on three distinct areas that form a pipeline of activities and solutions that accelerate the pace of defense innovation,” Scott Augenbaugh, NSIN’s strategic engagements director, told the National Interest in a written statement.

One key NSIN program is the X-Force Fellowship, which places over 130 undergraduate and graduate students from sixty-six universities with operational military commands. This helps expose talented young professionals to military culture and development.

Another critically important initiative involves the NSIN and the military services’ efforts to reach out to small businesses, inspire collaboration, and encourage paradigm-changing innovations. The Air Force, for example, has established its AFWERX unit, which is tasked with finding and developing promising small businesses in a position to offer new technologies to the service.

“One of the most successful statistics that I like to quote about AFWERX is that 75 percent of the industry that they have partnered with are new entrants to the DoD realm—that is fantastic,” Maj. Gen. Heather Pringle, commanding general of the Air Force Research Laboratory, told the National Interest in an interview. “That means we've really opened our aperture beyond our consistent great performers to include so many more. What does that do? It opens our eyes to new ideas, new ways of doing business and enables technology to accelerate even more,” Pringle added.