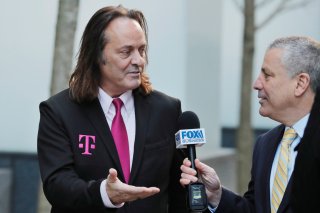 T-Mobile has agreed to settle a lawsuit related to a 2021 cyberattack and data breach, per an SEC filing first cited by GeekWire.

The carrier, per the filing, has “entered into an agreement to settle a consolidated class action lawsuit asserting claims related to a 2021 criminal cyberattack involving unauthorized access to the Company’s systems in which certain information about a number of the Company’s current, former, and prospective customers was compromised.”

Final approval is expected by December of this year.

“If approved by the court, the Company anticipates this settlement of the class action, along with other settlements of separate consumer claims that have been previously completed or are currently pending, will resolve substantially all of the claims brought by the Company’s current, former and prospective customers who were impacted by the 2021 cyberattack,” the filing added. “In connection with the proposed class action settlement and the separate settlements, the Company expects to record a total pre-tax charge of approximately $400 million in the second quarter of 2022.”

T-Mobile issued an additional statement about the settlement.

“Customers are first in everything we do and protecting their information is a top priority. Like every company, we are not immune to these criminal attacks. Our efforts to guard against them continue and over the past year we have doubled down on our extensive cybersecurity program to enhance existing programs,” the company said.

This included the establishment of a Cybersecurity Transformation Office, “long-term collaborations with industry experts Mandiant, Accenture, and KPMG to design strategies and execute plans to further transform our cybersecurity program,” plans to pay $150 million to improve its security procedures, and “conducting nearly 900,000 training courses for employees and partners across our company to understand their critical role in these efforts.”

A separate document found that the class consists of 76 million customers and that carrier has agreed to pay $350 million.

According to a TechCrunch analysis, those affected shouldn’t expect to receive more than $5 or $10.

“Chances are you won’t even be able to cover a single monthly mobile bill with what you get, but these days a $9 check might be the difference between “dinner” and “no dinner” for quite a few people, so let’s not mock these small sums — except that it’s kind of insulting to have five serious breaches in as many years and all customers get is enough to order off the value menu,” the site said.

“As we continue to invest time, energy, and resources in addressing this challenge, we are pleased to have resolved this consumer class action filing,” T-Mobile concluded in its statement.