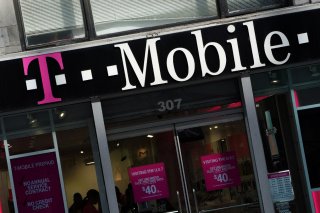 At its latest “Un-carrier” event this week, T-Mobile announced its new Internet Freedom initiative. The idea, the carrier said, is to make “it easy for broadband customers to break up with Big Internet, lock in their price with massive savings, and finally feel appreciated.”

“The Un-carrier was created to fix a stupid, broken wireless industry, and while we aren’t done, we’ve undoubtedly changed it for good. Now, with Internet Freedom, we’re taking on Big Internet and bringing the Un-carrier movement to broadband,” T-Mobile CEO Mike Sievert said in the announcement.

“Broadband customers are the least satisfied in America—the fees, the contracts, the price hikes, the terrible customer service. It’s ridiculous, and it looks a lot like the wireless industry a decade ago. Today, that all starts to change because the Un-carrier is here to disrupt broadband for good.”

Much of the Internet Freedom initiative is aimed at making it easier for customers to sign up for T-Mobile’s 5G “Home Internet” product. In addition, T-Mobile is offering a $50 price “lock-in” for Home Internet.

The offer allows customers to “cheat on [their] Internet provider with” a test drive, providing them with Home Internet for fifteen days with no further obligation. In addition, if customers quit their current internet provider to go with T-Mobile, the carrier will pay for all early termination fees, up to $500.

Furthermore, on May 10, T-Mobile will offer customers the chance to get $50 off streaming devices from the likes of Chromecast, Fire TV, and Roku. In addition, for those signing up for Home Internet and Magenta MAX, T-Mobile is offering 50 percent off YouTube TV for a full year, a nearly $400 value.

For several years, Netflix has had  “Netflix on Us,” which offers a Netflix subscription along with certain T-Mobile plans.

The current incarnation of T-Mobile was formed from the merger of T-Mobile and Sprint. The merger was announced in 2018 and officially closed in 2020, leading to the end of the Sprint brand. John Legere, the former T-Mobile CEO and the face of the Un-carrier events for several years, left the combined company at the time that the merger was completed.

“T-Mobile and Sprint have merged to create the leader in 5G. We’re on this journey because we believe it will be better for customers,” the company says on its website. “Through the years, we’ve taken major strides to answer the needs of our customers and we won’t stop.”