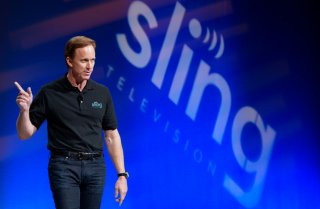 Sling TV announced Thursday that it is raising prices for new and existing subscribers by $5 per month, for both the Sling Orange and Sling Blue services, to $40.

“Easily accessible programming at a fair price is a core tenet at Sling and we fight every day on behalf of our customers and strive for transparency when it comes to the services we provide,” Sling’s Group President Gary Schanman wrote in a blog post. “With that in mind, I want to let you know that we’ll be increasing the monthly price of our base services by $5. The updated pricing will go into effect immediately for new subscribers and apply to existing customers’ next bill on or after Dec. 3, 2022.”

Sling Orange and Blue together will cost $55 per month. The company blamed increasing programming costs.

“Raising prices for our customers is not something we take lightly. We recognize that historically high inflation is impacting our customers every day and our goal is not to be another burden to your wallet. During these challenging times, Sling will continue to deliver the lowest price combined with an industry-leading user experience, flexibility and ease to watch top channels such as CNN, ESPN, FOX News, NFL RedZone, TNT, FOX Sports 1, and many more.”

Sling is still “the most affordable streaming option in the industry for accessing top channels such as CNN, ESPN, FOX News, NFL RedZone, TNT, FOX Sports 1, and many more,” the company said on its frequently-asked-questions page.

Sling had lost subscribers in each of the last three quarters. “The loss leaves Dish’s traditional subscriber base shrinking at a 9.7% annual rate,” analyst Craig Moffett of Moffett Nathanson wrote in a note to subscribers, per Fierce Video.

“The benefits of Dish’s rural retreat strategy have seemingly run their course,” the analyst added. “Fiber and fixed wireless broadband are rapidly expanding in the rural market. Cord cutting is coming to the heartland.”

Sling TV’s previous price increase came in January 2021. That change brought the price to $35 per month for each service. Dish’s chairman, Charlie Ergen, once again discussed the possibility of a merger with DirecTV on the company’s earnings call, stating that after the midterm elections might prove a good time for such discussions to move forward.