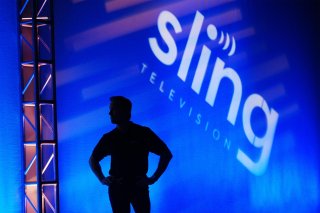 The Sling Fling ended Sunday, which was Valentine’s Day, but now one benefit will live on.

Cord Cutter News reported Monday that the $25 discount offered for the first month of service for both new and former Sling TV customers will continue to be offered this week, through Feb. 19.

“Cable customers have suffered for too many years and they just want a better option—the channels they love at a much lower price,” Michael Schwimmer, the group president of SLING TV, said in the original announcement of Sling Fling last week. Schwimmer took that position last summer.

“Our goal is to give everyone the chance to explore the benefits of live streaming with SLING TV, and join the millions of SLING TV subscribers who save money and enjoy their favorite sports, news and entertainment.”

In January, Sling TV, which is owned by Dish Network, had announced that it would be raising prices on its base services, Sling Blue and Sling Orange, by $5 a month for new customers, to a new price of $35. Prices were unaffected for existing customers, in accordance with the pledge Sling TV had taken the previous summer to freeze its current prices for a year. That pledge came after some of the company’s rivals, YouTube TV and Fubo TV, announced price increases.

“Unfortunately, we are forced to raise prices because the television networks keep charging us more, but we fight hard to get the best deal for our customers,” Schwimmer had said when the increase was announced.

Last July, Dish Network completed its $1.4 billion deal to purchase Boost Mobile, a deal that grew out of the merger between Sprint and T-Mobile. It was widely seen as a pivot by the company towards 5G Internet, as its Dish Network core business has been in decline for years.

In the third quarter, Dish Network announced that it had added a net total of 116,000 pay TV customers, after losing 96,000 in the previous quarter.

Dish does not appear to have announced a date for its fourth-quarter earnings release, but it will presumably be sometime in February.