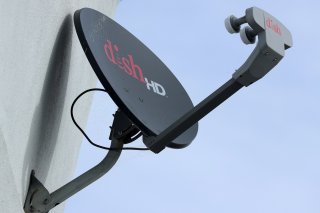 Dish announced Wednesday that it has completed a deal to purchase prepaid wireless brand Boost Mobile from T-Mobile, for $1.4 billion, in a deal that was agreed to following the Sprint/T-Mobile merger.

"Today, we are proud to welcome hundreds of employees, thousands of independent retailers, and millions of customers to the DISH family," Erik Carlson, president and CEO of Dish, said as part of the announcement. "This marks an important milestone in DISH's evolution as a connectivity company. It positions us well as we continue to build out the first virtualized, standalone 5G network in America."

As part of the deal reached with the government following the Sprint/T-Mobile merger, Dish will have access to T-Mobile's network for seven years, and will be able to serve customers on Dish's forthcoming standalone 5G network, which will compete with the established wireless carriers.

T-Mobile also made announcement about the deal.

“We just checked an important milestone. In closing our deal with DISH to divest Sprint’s prepaid brand, T-Mobile followed through on fulfilling one of the most significant commitments we made as part of this merger process," T-Mobile CEO Mike Sievert said in a statement. "We are excited to keep making big steps forward and, as promised, continue to work toward delivering the transformative nationwide 5G network that is only possible with the New T-Mobile’s combined capacity AND breadth to consumers across the U.S."

The move is seen as part of a long-term pivot on Dish's part away from its history as a satellite TV network, as laid out in a Denver Post article from 2017.

Both the core Dish Network and its Sling TV service have been losing subscribers, although Sling TV announced earlier Wednesday that it's pledging to not raise prices for the next year. Sling TV made that announcement following the news that two of its rivals, YouTube TV and Fubo TV, were both raising prices in conjunction with the arrival of new content.